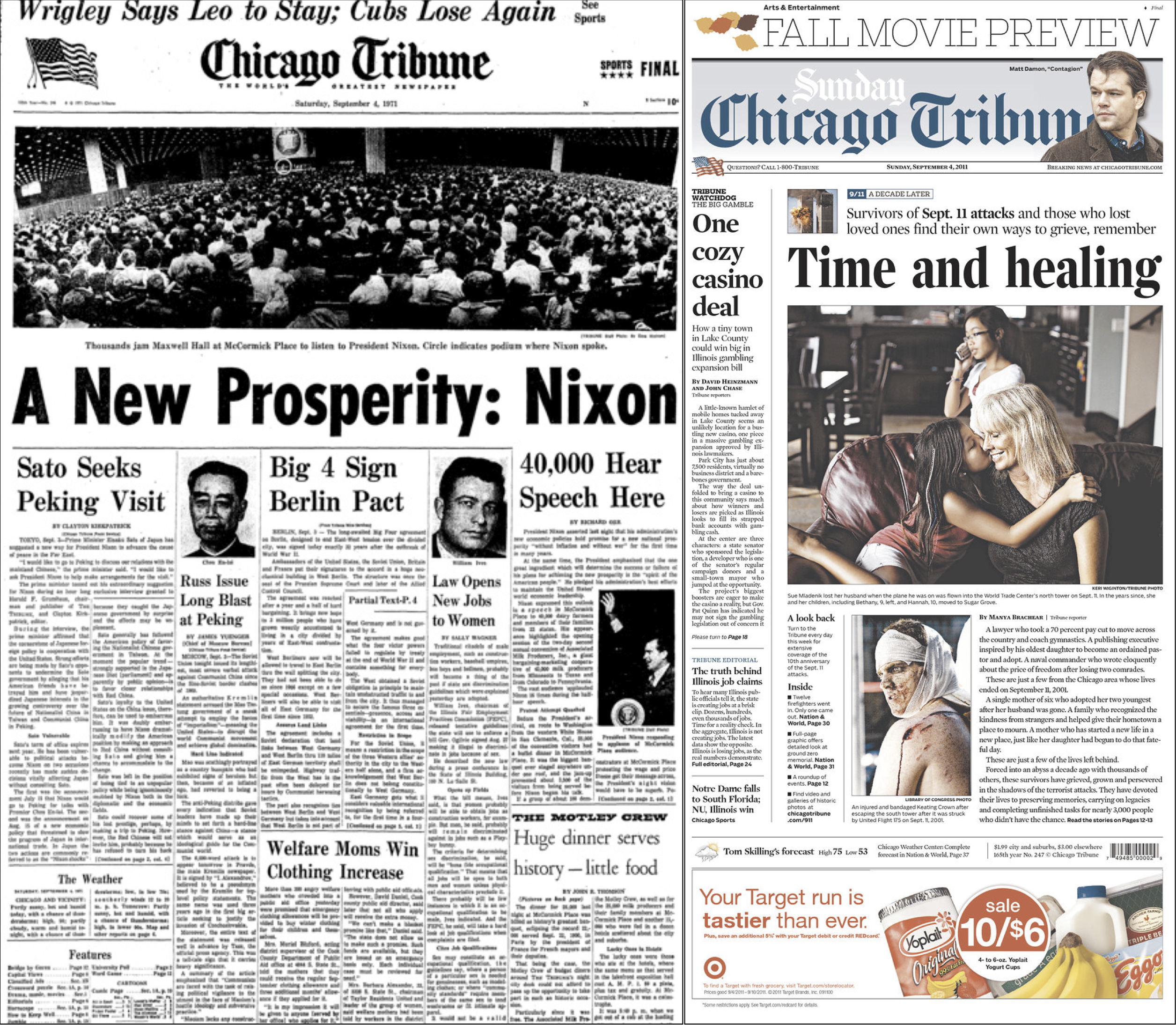 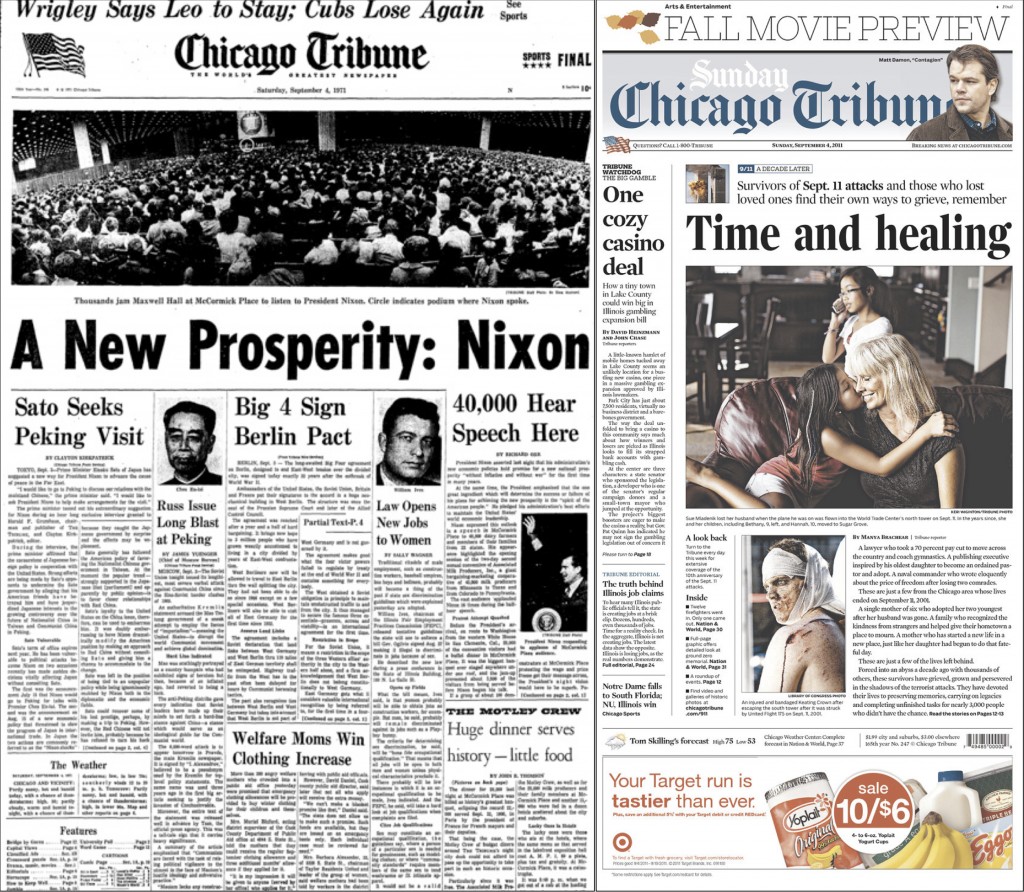 A couple of years ago, I noted here the 40th anniversary of my start in journalism by scanning in my first check stub. Today I note the 40th anniversary of my first day of work at the Chicago Tribune by comparing the news of the world as encapsulated by a pair of front pages: the edition I read on the Saturday morning that I went to work, and the Sunday edition I read today after a communion service, a church picnic, and a worship service at Winchester House, Lake County’s long-term health care facility for the elderly in Libertyville. (Maybe some other time I’ll write about my first worship service at a county home: in Kingsville, Ohio, during what turned out later to be called Super Bowl I.)

There are both similarities and differences.

There are other obvious things to compare, like story count, color, and the different kinds of people favored with head shots. Or that the Saturday paper was then a dime, not a dollar (in 2011 terms, that would be about 55 cents).
But finally, do not fail to note that the 1971 masthead noted that for your dime, you got to read “The World’s Greatest Newspaper.” Inspiration enough, don’t you think, for a new copy boy to show up for the 3 to 11:30 p.m. shift. that day? And then to continue showing up, on a fairly regular basis, for the 37 years that followed.

One thought on “It was 40 years ago today, redux”