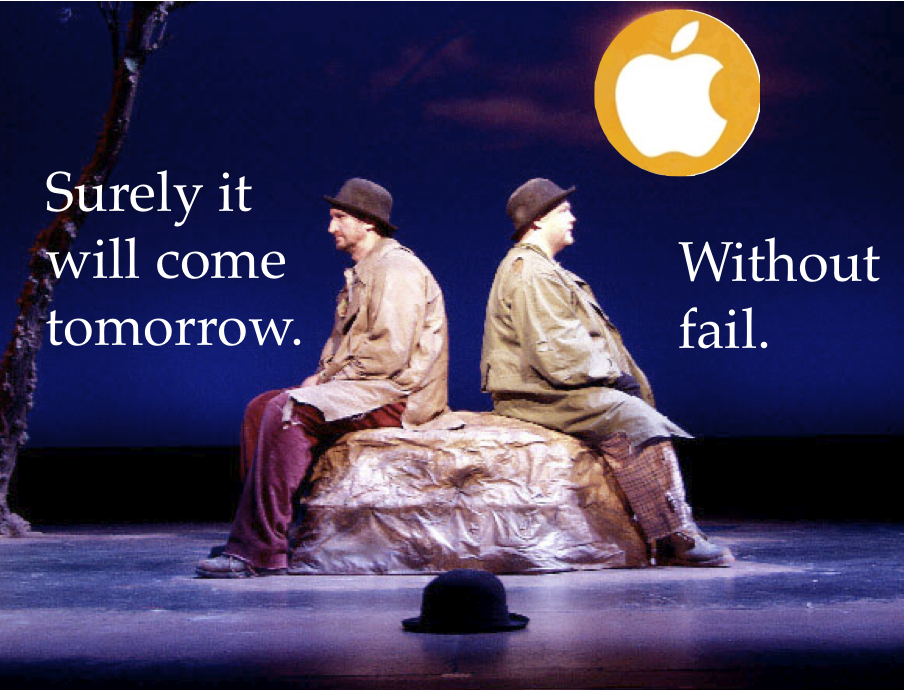 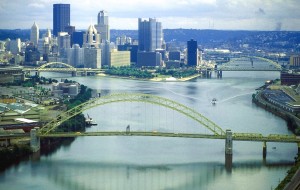 It was a regular, and solemn, invocation for Monday Night Football in the years when the Pittsburgh Steelers turned up there as often as ABC and the NFL could manage it: Howard Cosell, in his fullest declamatory splendor, telling America that he and we would spend the next several hours “at the confluence of the Al-le-ghe-ny and Mo-non-ga-he-la Rivers” – the origin of the Ohio River, and therefore the very eponym of Three Rivers Stadium.

Perhaps it was when Bill Keller, editor of the NYT, talked about an “impending Apple tablet” to his staff in October that the stories became inevitably linked.  But, once the Times sketchily sketched out the state of its sketchy plans on Wednesday morning, we had to wait less than 24 hours for the heartwarming Wall St. Journal headline, “Apple Sees New Money in Old Media.”

In between – actually, just a few minutes after the Times announcement on Wednesday – I was in front of a class of first-quarter Medill graduate students, introducing them to some of the ideas that I flesh out further in my current class, “How 21st Century Media Work.” The Q&A centered not on the Times, but on the larger question of finding the money to support the journalism they feel called to do.

As a matter of fact, my answers dipped a toe into each of the merging rivers.

Meanwhile, it’s back to waiting – till 2011 for the debut of the Times pay wall; till next Wednesday for whatever it is that Apple wants to tell us. Hey, Vladimir!  Hey, Estragon! Can I wait alongside you?