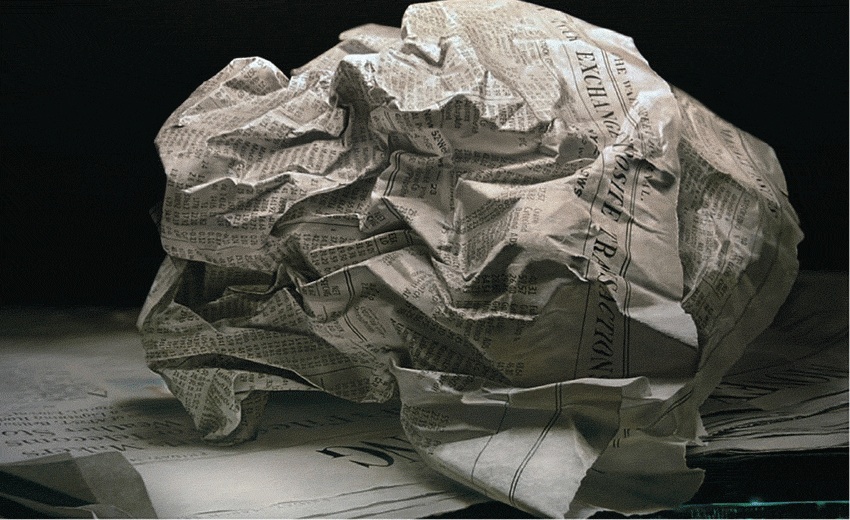 The New York Times’ decision to add pages of metropolitan-area news to copies of the papers circulated in San Francisco (last week) and Chicago (Nov. 20) is, if nothing else, an interesting juxtaposition with its nearly contemporaneous announcement of 100 layoffs in the newsroom. By contracting with newly formed local news entities, it doubtless will acquire high-quality content at less cost, and with less long-term liability, than had it staffed up to do the same thing (or had transferred folks to the hinterlands).

Official word came today that in Chicago, several of my former Tribune colleagues are launching the Chicago News Cooperative – not only to supply stories to the Times, but also to repopulate some of the beats and coverage areas that have been affected as the Chicago papers have laid off staffers, reduced newshole, and changed their focus and approach. (When current Tribune editor Gerry Kern delivered the Crain Lecture here at Medill recently, the editorial changes at the Tower were among the topics he addressed; the text of the lecture is here, and here is an interactive video that includes both his remarks and the slides he used to illustrate them. The video requires Microsoft Silverlight. The fact that I delivered the introduction to the lecture may be reason enough not to download Silverlight and view it.)

Of course, the number of Starbucks available to sell the Friday and Sunday NYT in Baghdad-by-the-Bay and Beirut-on-the-Lake might also be a reason for the Times to start its metro news initiative in those two cities.  But I think an answer even deeper than journalistic idealism or straight competitive instincts is lurking in the cover story of the November issue of Harper’s, by Richard Rodriguez: “Final Edition: Twilight of the American Newspaper.” (It’s not available online except to subscribers.) 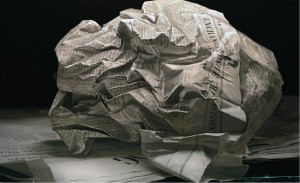 Wrinkle in Time (detail), by Steve Mills: Cover art from the November issue of Harper's.

Rodriguez got my attention back in June when he gave an interview to New American Media on “The Death of the SF Chronicle” that included the following: “I don’t think the Chronicle is dying so much as I think that San Francisco is dying. When a metropolitan newspaper of that magnitude  stops publication it indicates that there has been a death of the metropolitan ideal.”

This piece in Harper’s expands on his theme of “the death of place,” but also is far more expansive on the Chronicle in particular, newspapers in general, and most especially of San Francisco.

He weaves a tale that stretches from the de Young family and William Randolph Hearst, through Herb Caen and Armistead Maupin, right up to Craig Newmark.  Along the way it encounters Richard Rodriguez, newspaper delivery boy, and watches him turn into Richard Rodriguez, a man “so lonely I must subscribe to three papers.” And along the way he makes his most powerful link yet between dead trees and dying cities.

“We like to say that the invention of the internal-combustion engine changed us, changed the way we live. In truth, we built the Model-T Ford because we had changed; we wanted to remake the world to accommodate our restlessness. We might now say: Newspapers will be lost because technology will force us to acquire information in new ways. In that case, who will tell us what it means to live as citizens of Seattle or Denver or Ann Arbor? The truth is we no longer want to live in Seattle or Denver or Ann Arbor. Our inclination has led us to invent a digital cosmopolitanism that begins and ends with “I.”

I cannot share all of the elements of his downbeat assessment.  I see ongoing vitality in journalism not just on the Web, but quite concretely in print.  (Heck, since becoming a professor I have re-started my subscriptions to Harper’s, the Atlantic, and the New Yorker, and I still get four newspapers in my driveway every morning…even while assiduously building my list of Facebook friends nearer and nearer the millennium mark.) In fact, I see his “rant” (his own characterization, not mine” as further evidence for the importance and relevance of print…because with people as passionate and thoughtful as this, smart entrepreneurs and visionary idealists will have more than enough reasons to launch cooperatives and cooperate in launches.  Meanwhile, other entrepreneurs and visionaries will use the black art of Javascript instead of the black ink of newspapers to reach and persuade their audiences.

“Is it better to have or to want?” Rodriguez asks us after telling a Chicago Tribune-related anecdote to lead his piece.  We can all choose, I guess.  But as for me and my house, we will choose to do both.

One thought on “Dead trees and dying cities”