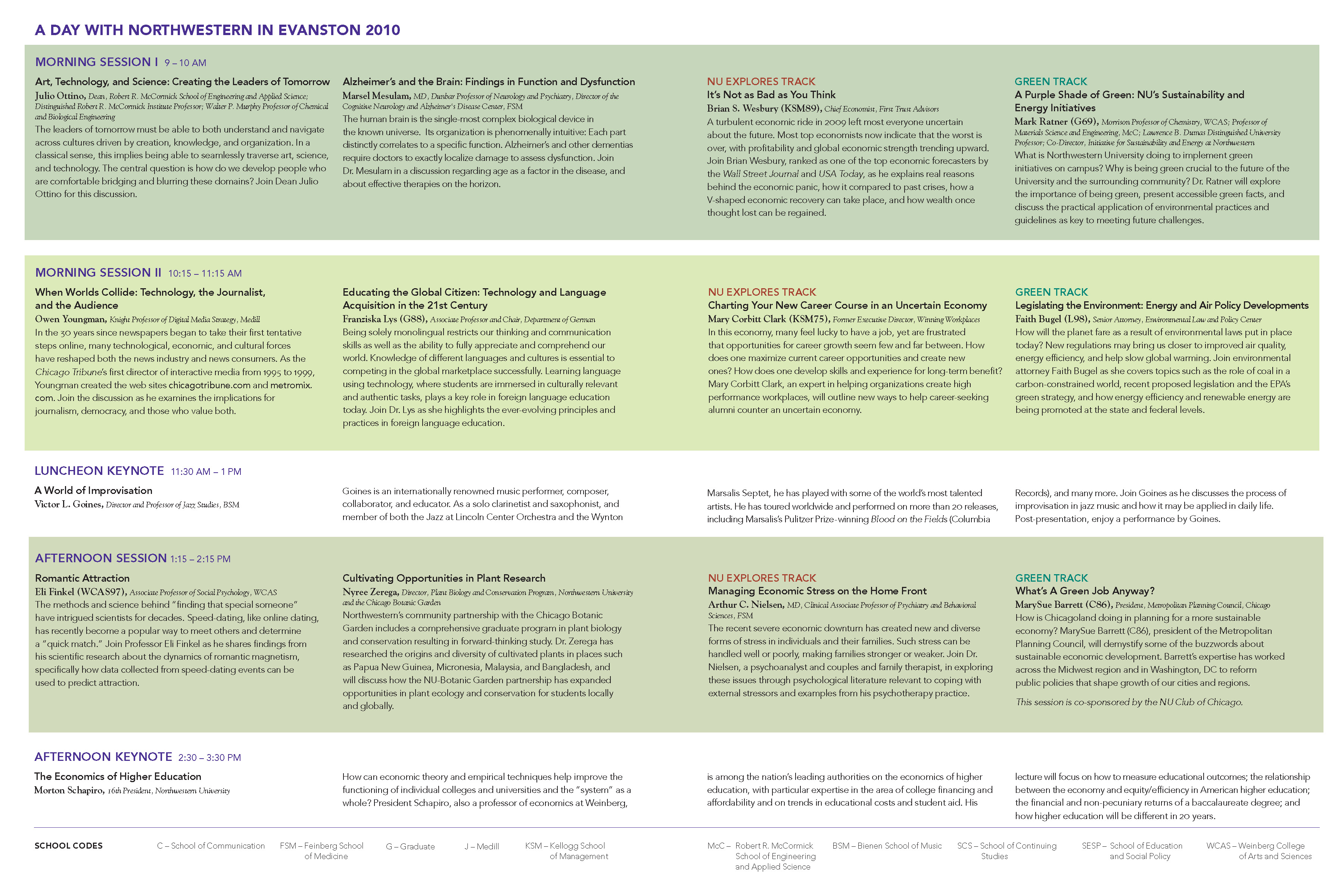 So it has been a month since I last surfaced here, during which time my current graduate class, “How 21st Century Media Work,” has been driving steadily toward its conclusion: a discussion this coming Monday of Ken Auletta’s Googled: The End of the World as We Know It. Along the way, a clear highlight was the Monday where we held two moot court sessions, with teams of students assigned to argue different points of view on editorial outsourcing and on so-called* “paid content” strategies. 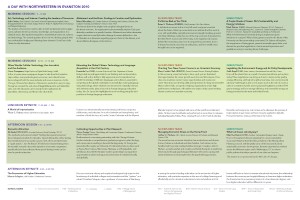 Schedule, A Day with Northwestern in Evanston 2010

We pause in this rapidly concluding winter term to mention that I was asked to deliver a lecture at the annual “Day with Northwestern in Evanston” in April. Looks like, even if (especially if) you don’t want to listen to me, it’s a really interesting lineup of presenters, with keynotes by NU President Morton Schapiro and the jazz musician / NU professor Victor Goines.

The brochure says the committee looks for presenters with a “proven track record in the world at large, teaching ability, and relevance to today’s audience.”  Hope I can live up to that.

We now return to our regularly scheduled academic pursuits.

*All uses of “so-called” in The next miracle are dedicated to Jerome Holtzman, longtime dean of the nation’s baseball writers and legendary portable-computer student of mine, who used the so-called hyphenated adjective in 484 different Tribune stories between 1981 and 1999.