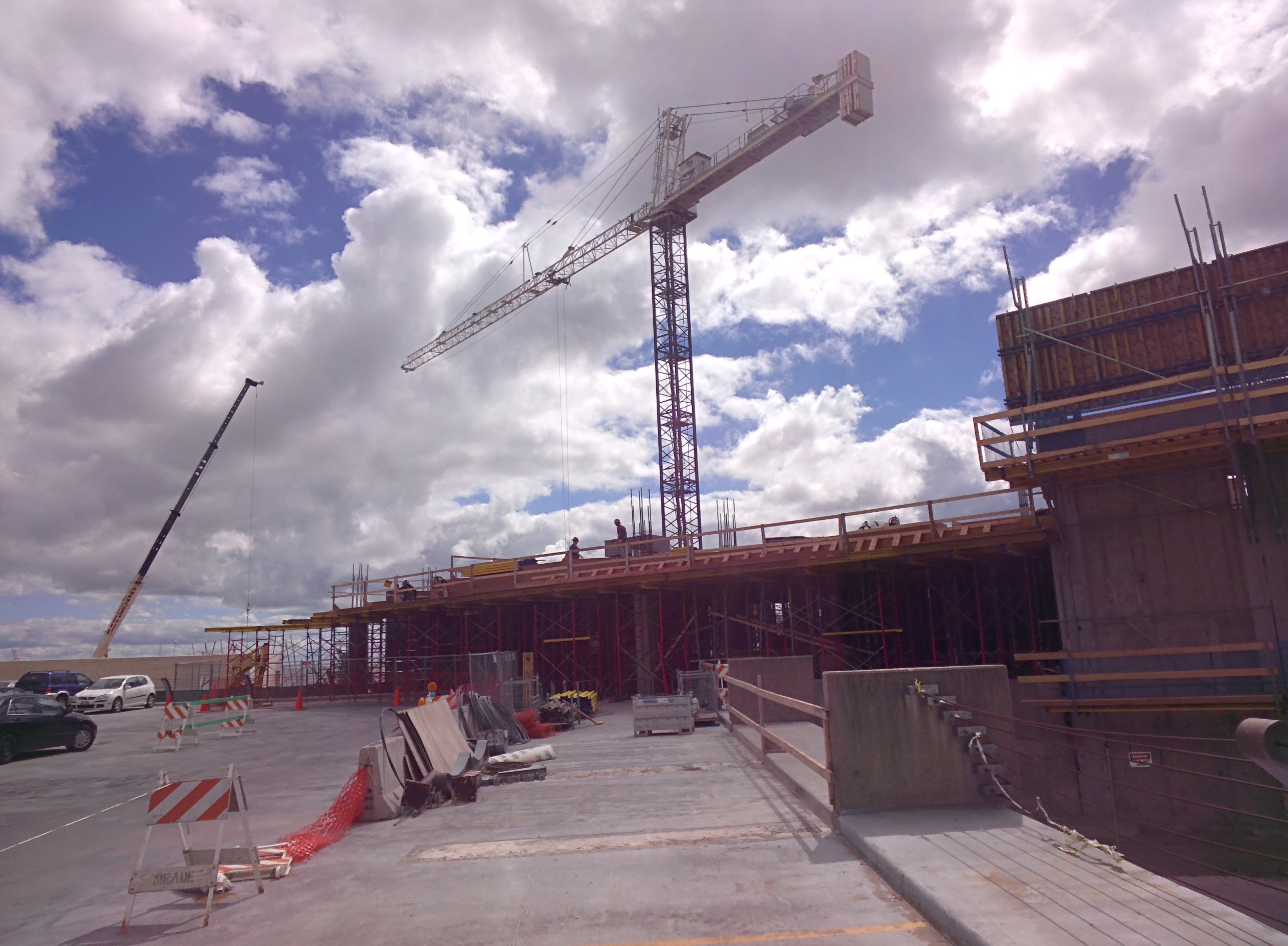 Countries (or states) with at least 1 student in this MOOC. Updated 9/19. 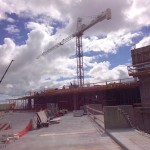 It’s still fairly quiet here on the Northwestern campus. The main sounds you seem to hear–in addition to those of ongoing construction (as at right)–are those of the marching band as it rehearses for the second of the three home football games that will be played before classes begin on Sept. 24.

Another place there has been a fair amount of activity, not surprisingly, is anyplace where someone is working to get ready for the launch of our massively open online courses. Mine begins Monday, just as the Class of 2017 hits Evanston for Wildcat Welcome week, and has begun to attract some interest. Herewith a brief summary…

Today (Sept. 13), Knight Foundation, which endowed the chair I hold here at Medill, published a piece constructed around a conversation we had last week. Earlier this week, Northwestern took a look at all 3 upcoming courses to be offered through Coursera, plus a sidebar based on interviews with three students enrolled in mine. As of this writing, I have been invited to be a guest on WTTW’s “Chicago Tonight” this coming Monday, launch day. And my colleague Michele Weldon suggested I write a brief piece about my observations on the course-creation process, and lo and behold, here it is at the Huffington Post.

More interesting has been my first taste of the worldwide nature of the student body. Appropriately enough, I created a private Google+ community for them early in the week so they could begin to engage with one another in advance of the release of the course materials.

I should have been prepared for what came next, but I really wasn’t: hundreds of students from among the 41,000 enrollees gravitated there immediately, introducing themselves, their locations, and their goals to each other. The quick map linked above shows the range of places identified in this earliest of activity. University and faculty experimentation with MOOCs has been partly driven by a desire to overcome barriers, such as geography, that may stand between people and education; seeing people from Kazakhstan and Azerbaijan and Sri Lanka and Oman showing up has made that theory quite real.

As I said at HuffPo: So far, so good. Let’s see what the next six weeks bring.