Owen Youngman recently retired after 12 years as the Knight Chair in Digital Media Strategy at Northwestern University’s Medill School. He joined Medill as a tenured full professor in 2009 after a 37-year career as an editor and executive at the Chicago Tribune.

At Medill, Youngman taught in both the graduate and undergraduate programs. His courses focused on innovation, media economics, technology, and the changing cultural and media landscape, helping students develop strategies for succeeding in 21st Century journalism. He lectures and speaks widely on these topics, appearing on Chicago-area radio and television to discuss news developments and their implications. In 2013, he taught one of Northwestern’s first six massively open online courses (MOOCs) through University partner Coursera; more than 125,000 people in 195 countries enrolled in its first three sessions. More recently, he oversaw the launch of Medill’s undergraduate program in San Francisco. 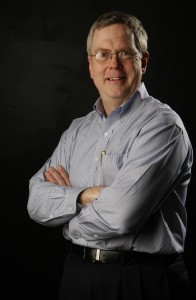 During his Tribune career, Youngman directed the creation of many innovative new products, both in print and online, including the launch of chicagotribune.com in 1996.

As managing editor for features, he led the research-driven 1995 transformation of the newspaper’s Food Guide section into “Good Eating,” which was launched simultaneously with a TV program on Tribune Co.’s 24-hour cable news channel CLTV, and as a new channel within Chicago Online, the Tribune’s service on America Online. After leading a company-wide investigation of the possibilities of the World Wide Web, in 1995 Youngman – a user of online services since 1982 – became the newspaper’s first director of interactive media, with both editorial and P&L responsibility. In that job he oversaw the creation of chicagotribune.com, the first site to simultaneously be named “best newspaper Web site” by both Editor & Publisher and the Newspaper Association of America, as well as Metromix.com,  for years Chicago’s leading online entertainment guide. He spent more than a decade as a director of Legacy.com, the Web’s largest obituary and death notices site.

In his strategy work as a Tribune vice-president and senior vice-president, teams directed by Youngman created such products as RedEye, the Tribune’s free daily paper for young urban commuters; Triblocal, a print/online hyperlocal news source for dozens of Chicago suburbs; and TheMash, a weekly newspaper produced collaboratively by Tribune journalists and Chicago Public Schools high school students. In 2008, a social media strategy that grew out of his  experimentation with Facebook and other online networks drove an immediate 10% increase in traffic to chicagotribune.com. His earlier Tribune positions included associate managing editor/financial news, suburban editor, and deputy sports editor. He started his professional journalism career as a sportswriter at the Ashtabula (Ohio) Star-Beacon during high school.

Youngman has served on the Executive Board of the Evangelical Covenant Church and the Board of Trustees of North Park University (his alma mater, which awarded him the degree of Doctor of Humane Letters, honoris causa, in 2005). In October 2012 he was named a lifetime honorary director of Swedish Covenant Hospital, where he was born and where his past board service included chairmanship of its marketing and strategic planning committee. He also serves as a director of the Solti Foundation U.S. and is a member of both the Online News Association and the American Society of News Editors. In 2005, he was named to the Ashtabula High School Alumni Hall of Fame.

In addition to the Tribune, Youngman’s writing has appeared in print and/or online in The Chronicle of Higher Education, The Guardian, The Atlantic, the Huffington Post, and elsewhere. When he’s not reading, spending time online, or at a board meeting, he plays the trombone, sings bass, or attends classical music events.