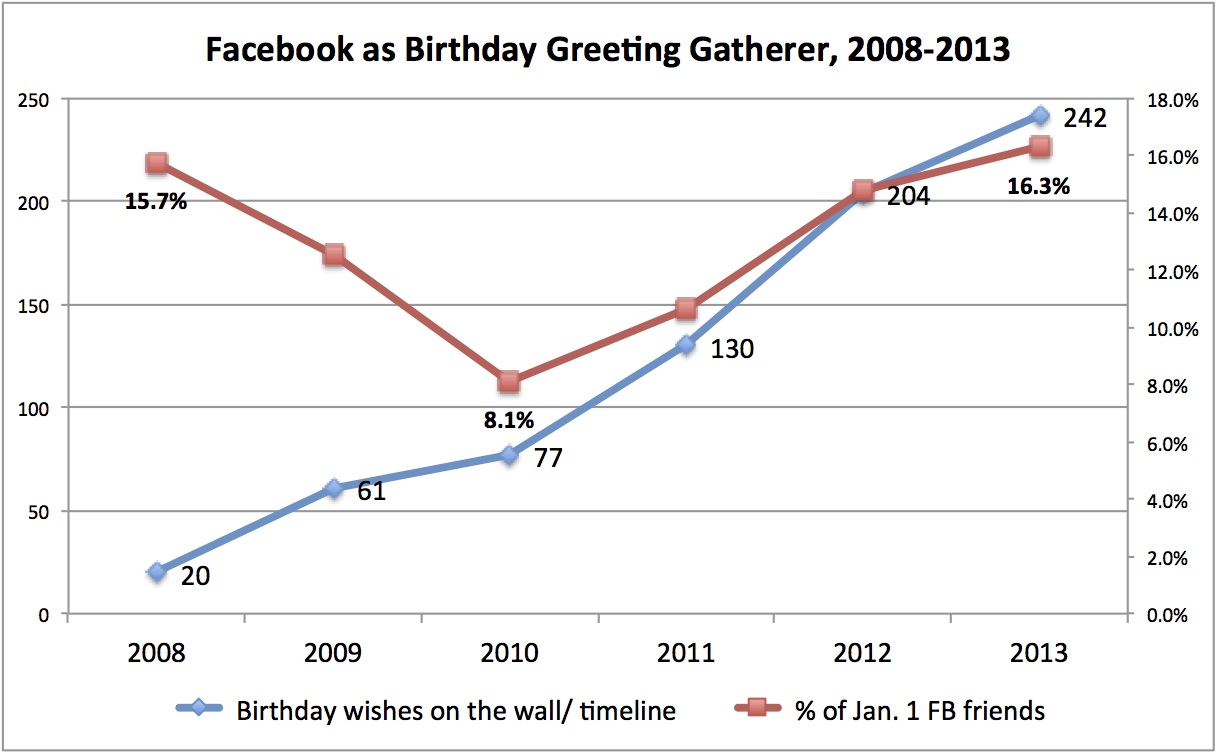 . . . and, given that it was 10 p.m., and that this was Facebook, this was a reasonably achievable goal yesterday for my Medill colleague Rich Gordon.

There has been, and will continue to be, plenty of offline and online discussion about the impact of social media / the Internet / technology/ mobile broadband / Google glasses on our relationships with one another. I have found Sherry Turkle’s Alone Together: Why We Expect More from Technology and Less from Each Other to be a great conversation starter since its publication; her piece this past Sunday in the New York Times has restarted some of those discussions, including one I had at lunch yesterday with indefatigable blogger, thought-provoking author, and soon-to-be-ex-North Park-professor Scot McKnight.

At the same time, my data show a flight to, not from, a particular kind of conversation: The exchange of birthday greetings. 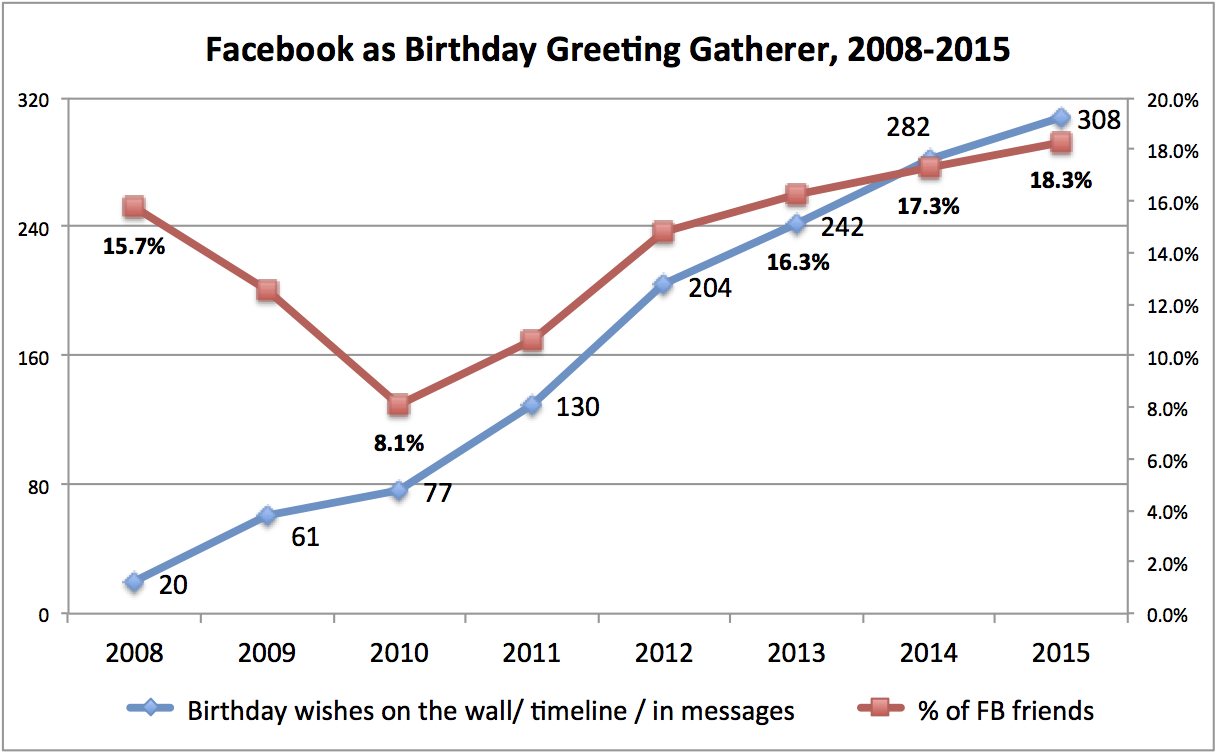 (The reason I have this data at all is that my former Tribune colleague Lara Weber and I share April 24 as a birthday with Mayor Daley, Barbra Streisand, and many other gentle readers. We began comparing notes several years ago across multiple platforms, including email, e-cards, text messages and the like, but the Facebook trend line has enough data to seem the most meaningful. As she said in a post yesterday, “wow. FB is a narcissist’s birthday dream come true.”)

Even though we’re not narcissists ourselves, Lara and I like it too – but truth be told, not everyone does. An easily findable example was posted last August on The Atlantic’s Web site: “The problem with Facebook birthday greetings,” by Adam Clark Estes. (He was actually responding to a defense of the practice the previous weekend by Virginia Heffernan on nytimes.com, which itself was a response to a piece on Slate by David Plotz – I need to stop insert hyperlinks because this is looking to be infinitely recursive).

Plotz threw down the virtual gauntlet by positing, among other things, that “the wishes have all the true sentiment of a Christmas card from your bank.” And here I choose to be utterly clear: I think he’s dead wrong:

First, I got emailed birthday greetings yesterday from my former optician, and another from my car dealer with the warm and fuzzy subject line “CustomerBirthday” (sic). Those are the bank-Christmas-card moral equivalents, methinks.

Second, when I finally sat down and scrolled through all of the greetings last night after returning from a “Faculty Appreciation” event at a Northwestern residential college, what I found was that I was actually . . . sentimental. I found myself picturing each and every one of those greeters and remembering / reveling in / appreciating the genesis and continuation of our relationships. I laughed at a few and teared up at a view and clicked ‘Like’ on a few. 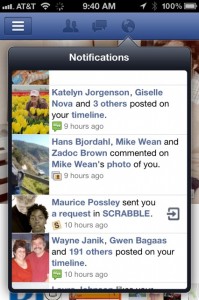 And it seems like that is, as Heffernan would argue, completely human: “Real humans send the greetings. And they’re customized.” To further quote her, “At this moment, when so many of the world’s markets seem haywire — with the logic of supply, demand, pricing and debt broken — seeing an economy that works as well as Facebook’s birthday feature gives a flash of hope.”

And thus I hope to do better at returning the favor to my 1,449 Facebook friends. Happy birthday today, A.T. and Danae!